To sue or not to sue, that is the question… 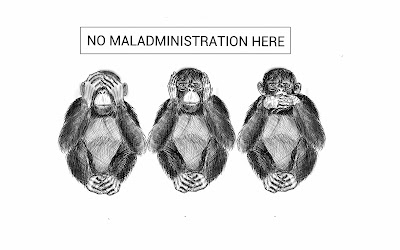 Following on from my dismissal from the Navigation Committee last year, I've been encouraged by numerous friends and supporters to seek a judicial review of the decision.

Having received advice from a barrister that the Authority’s behaviour was “outrageous” and that there was an arguable case against them, my lawyers sent a pre-action letter to the BA.

Their response covered no new ground, and continued to focus on whether I’d breached the code of conduct, rather than on whether what I’d said was true. To quote their response:

The public resources which have been expended on pursuing this complaint, instead of investigating the misleading of members, must be truly monstrous. And the sanction does seem to be somewhat draconian, if all they were worried about was my “manner and tone”.

However, I’ve decided not to pursue a judicial review - for the following reasons:
Anyone is welcome to read the documents linked above and, if you have a really strong stomach and time on your hands, you can read the whole bundle of evidence. But, for those who have a life, here is a summary of some of the more grotesque abuses:

Two MPs have referred this affair to DEFRA - who have, as usual, responded that they don’t get involved in the day to day running of the Broads Authority. Instead, they suggested that I complain to the Local Government Ombudsman - apparently unaware that the LGO cannot deal with “personnel” matters such as this.

Sadly, all this does is provide further confirmation that the Broads Authority is an unaccountable and unscrutinised quango, out of control and out of touch with its stakeholders. There exists no means of bringing an allegation of maladministration or malfeasance against this body, and DEFRA continue to take the view that due process must have been followed, as long as members appear to have been involved in decisions.

The majority of members, however, seem to have scant regard for the public interest, and instead seem entirely focused on their duty to “show leadership by promoting public confidence in the Authority” - regardless of whether this means persecuting whistleblowers and covering up the truth.
Posted by Unknown at 16:54