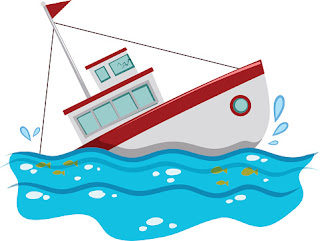 I’ve been intending to expand upon the passenger boat tolls controversy for a few weeks now, though sadly it seems that I was beaten to the line by that other well known “disreputable channel for infantile sniping at the Authority”. However, now that the tolls demands have landed on doormats, this seems like an appropriate time to revisit it.

Readers will recall that the main proposals were to move from a "fixed & variable charge" to a variable charge based on the size of the vessel. Different categories of vessel (there are 14 under the new system) would have a different rate per sq.m - so for example £12.85 per sq.m for private motor cruisers, £28.95 per sq.m for hire cruisers and £38.10 for passenger vessels.

The net effect of this was that small boats would generally pay less, and big boats would pay more.

The owners of some larger boats in particular (and remember that “big” does not have to mean “expensive”) were quite cross about this, and the Norfolk & Suffolk Boating Association made a strong challenge for the variable rate to be retained. This was supported by some members, who could see the potential PR disaster of imposing significant toll increases in one go - but the TRG were determined that the fixed rate would be abolished on the basis that it was unfair and too complicated to understand.

In all the discussion over private boat tolls, however, what everyone on the navigation committee (including me) completely failed to notice was the effect of the new system on large passenger boats - this was hidden away on page 35 and unfortunately we rather let down the passenger boat operators by overlooking a proposed 27% increase in their tolls, using the proposed figure of £38.10 per sq.m.

This was brought to the attention of the full Authority on 18th November 2016, when they discussed and ratified the recommendations of the Tolls Review Group, as amended by the Navigation Committee. In fact it was left to one of the affected passenger boat operators to raise the matter a few days before the meeting, leading to complaints from some Members about the last-minute nature of the challenge.

This might have been a fair criticism had passenger boat operators been consulted in any way at all about the proposals. But it seems a little harsh to hide a 27% tolls increase away in a spreadsheet and then blame the victims for not spotting it.

Consider also that, due to the decision to re-interpret the wishes of Parliament so that “persons who are likely to be required to pay ship, passenger or goods dues” was re-defined as “any toll payer”, passenger boat operators no longer have any representation on the navigation committee at all. So it was a miracle that they even found out before the tolls demands arrived.

At the full Authority meeting, several members spoke out strongly in support of passenger boat operators and voiced concern at the proposed punitive increase in their tolls. Members highlighted the important role that passenger boats play in accessibility to the Broads for people on lower incomes, education through schools, and their generally lower environmental impact.

Sensing that the meeting was moving strongly in favour of reducing the increase for large passenger boats, the Chief Executive moved quickly to ensure that no formal proposal was made to vary the recommendation of the TRG. In a classic example of telling each side what they want to hear in the same sentence, he managed to convince the meeting that he would go back to the Tolls Review Group and ask them how to implement the clearly expressed wishes of members, whilst giving them enough wriggle room for those concerns to be dismissed without having to come back for approval.

Here's what he said:

“ In terms of timing I do believe you need to take decisions today. I think if you want a further look at passenger boats, what I suggest you do is to give delegated authority to me to decide what might happen about passenger boats after a further discussion with the Tolls Working Group. What I would suggest is either it remains as in the paper, or - it’s not a huge amount, it’s about £20 to £23,000, so in the grand scheme of the tolls, this is a relatively small bit. I don’t believe it would be fair, if you wanted to reduce that, to shift any of that burden on to the private boats. I do think the principle of both private and hire going up by 3% is right, therefore if you wanted to shift some of that, you could reduce the proposed charges for the passenger boats so that the income increase was say 3% and shift that to the weekly hire fleet, because I think that there are only 16 passenger boats whereas there are 789 weekly hire boats. If you were shifting say £3,000 in one direction, it would make a significant difference to the passenger boats, but not much difference to the weekly hire boats. If that’s what you would like to do then my suggestion is that I work with with the tolls working group to look at that and you give me delegated authority to make a decision on the lines of what they suggest. Because I think we actually need to get on with this. ”

Anybody listening to this would have been in no doubt of the clear intention to reduce the huge 27% hike to a more manageable 3% - but by avoiding a vote and instead asking Members to give him delegated powers to “work with the TRG”, he was able simply to ask them whether or not they would like to change their recommendation on passenger boat tolls, and they declined.

In approving the overall recommendations of the tolls review group, the Chair (Jacquie Burgess) closed with the following words:

“ we can go back to the TRG to work out how that [the reduction in passenger boat tolls] would be distributed between the commercial fleets, because the new system allows us to do that ” (my emphasis on how)

However, the official minute reads thus:


Following discussion about the precise wording, the Chairman proposed that recommendation (ii) within the report be accepted with an additional clause “to delegate powers to the Chief Executive to consult with the Tolls Review Group and set the charges for passenger vessels and any redistribution of charges within the commercial fleet.”

All of the above is an object lesson for Members in the importance of clearly worded resolutions, with a vote, especially when any variation to an officer recommendation is being considered.

But it didn’t stop there. After it became apparent that the TRG were intent on sticking with their original recommendation, the Chief Executive took the unprecedented step of asking individual members to approve the minutes in advance of the next meeting, despite the clear fact that they were not a true record of members’ wishes.

We considered this again at Navigation committee in December, and by this point we were debating the semantics of individual words, with the Chief Executive arguing that there had been no decision by the full Authority to reduce the increase for passenger boats, that there had been no mention of 3% or any other figure, and that Members had merely given him delegated authority to consult with the TRG on whether there should be a reduction. Hopefully, now that all meetings will be officially recorded, there will be no room for such disagreements in the future!

Following the December navigation committee meeting, we were provided with the reasons for the Tolls Review Group deciding not to make any change to their recommendation. Some of the remarks are rather revealing, not only of the intention to ignore the concerns of members, but also the cavalier attitude towards the operators of these vessels:


“ It was absolutely right of John to adopt the position he did at the meeting. It averted a possibly damaging debate, and in no way committed the TRG to any particular course of action beyond taking another look. ”

“ these big boats are worthy of their toll. ”

“ the BA meeting was not the place to commence a secondary debate and create a distraction from the main thrust of getting the papers proposals adopted. ”

“ I agree with our initial view on this, that it is a very lucrative business for some. ”

“ focus was specifically placed upon the passenger toll and not the overall toll costs of the business, the latter being the method used to test our proposals. ”

This last comment is interesting for the fact that it demonstrates that, in order for a toll on a passenger boat to be fair, it would have to be operated as part of a larger fleet which saw other tolls reduce. This is not a remotely safe assumption, and demonstrates beyond doubt that tolls for this class of boat are now intrinsically unfair - especially for small individual operators.

It's a great shame that this Authority, with which I became involved due to my passion for the Broads and a strong desire to improve governance and stakeholder engagement, seems determined to continue along a path guaranteed to fuel mistrust and to generate further resentment. It would have been so easy to admit to making a small mistake, and move to correct it, rather than treat it as “a distraction from the main thrust of getting the proposals adopted”.

As a result, instead of scoring a PR victory with a simpler and fairer tolls system, we are seen to have heavily penalised anyone with a large boat - and especially those who provide low cost access to the Broads. Sadly, this could easily have been avoided, if only we would get into the habit of listening instead of being stuck permanently on ‘transmit’.
Posted by Unknown at 19:11 4 comments: