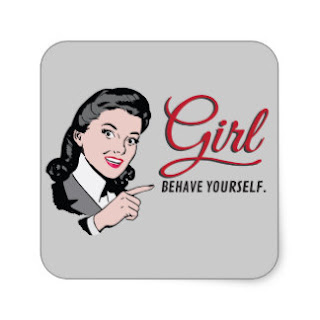 The Duty to Cooperate scandal has intensified, following a meeting of senior members of the Broads Authority and Broadland District Council.

BA Vice Chairman and unelected member Sir Peter Dixon boasted to Broadland leaders that both he and fellow Secretary of State appointee Prof Jacquie Burgess had openly canvassed members to oppose any attempt to reinstate Cllr Lana Hempsall on to the planning committee, going on to say that she was “not liked” at the Authority.

Warming to his theme, he accused her of being “disengaged”, which is a bit rich when you consider that he conspired to remove her from the planning committee without notice or reason, and that both he and Prof Burgess have steadfastly refused to reinstate her.

Standing order 32(2) states that “a member … must not in any way try to influence improperly the choice of candidate for any appointment”, putting Sir Peter and Prof Burgess in clear breach of standing orders - as well as as numerous elements of the code of conduct. Members must never use their position improperly to confer a disadvantage on others, for example, and must treat others with respect.

Proudly confirming that he had altered the Duty to Cooperate statement in direct response to Vic Thomson’s attempt to make the BA comply with its own rules, Sir Peter asked “why shouldn't that happen in such a circumstance?” He seems to think it quite normal that he can change the rules to suit his own personal agenda, and appears unaware that he is placing the Authority’s Local Plan at risk by putting his antipathy towards an elected member ahead of the BA’s Duty to Cooperate with local authorities.

Sir Peter concluded by saying that if Cllr Hempsall “behaved herself” for 6 months then he “might” re-consider the whole situation again. Unless and until that happens, Broadland will remain without any representation on the BA’s planning committee.

The comments from the Authority’s Vice Chairman reveal the staggering degree to which senior members are able to silence dissent and marginalise any member who does not subscribe to the “correct” opinions of the liberal elite. The fact that members appointed by the Secretary of State - who are elected by, and accountable to, nobody - are able to disenfranchise elected members and their stakeholders sends a clear - and unpalatable - message about accountability and freedom of speech at this publicly funded authority.

Email ThisBlogThis!Share to TwitterShare to FacebookShare to Pinterest
Labels: Duty to Cooperate, Governance

BA clears itself of breaking rules by changing rules 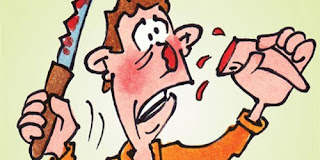 What do you do when someone spots that you’ve breached your own rules?

As I reported last week, the Authority has refused to reinstate Broadland District Council’s elected representative on to the planning committee, despite this action being in clear contravention of the Authority’s Duty to Cooperate statement.

The existence of this duty was completely ignored at the meeting - even though a member asked a direct question about constitutional documents relating to committee membership. Having questioned the Authority subsequently, I was told that the document is not part of the constitution and is neither mandatory nor prescriptive. What then, I asked, is the point of having it? I couldn’t get an answer on that one.

In fact, the Authority doesn’t have a constitution as such, although there are a number of “Constitutional documents” on the website - which the Authority seem to treat as a kind of pick & mix, to invoke or ignore according to their preference.

It is a statutory requirement under the Localism Act 2011 to have a Duty to Cooperate Statement, as part of the Local Plan. It places a legal duty on local planning authorities “to engage constructively, actively and on an ongoing basis to maximise the effectiveness of Local Plan preparation”. If a local planning authority hasn’t complied with its duty to cooperate, then its Local Plan will fail examination and not be adopted.

Armed with that knowledge, you would expect the Broads Authority to comply with this duty by including all local authorities in the planning process. But why do that when you can just change the rules?

Two weeks ago, it was claimed that there was no known document which related to the composition of the planning committee. Just 2 days later, a report was completed for the August planning committee meeting featuring the latest updates to the Local Plan, including a subtle amendment to the allegedly “unknown” Duty to Cooperate. Tucked away on page 129 is a sentence which has been altered from:


“Each of the 6 Districts and 2 County Councils have representation at the Planning Committee by virtue of one of their Broads Authority appointed Members.”

“A number of the Local Authority Appointed members sit on the Planning Committee.”

This change is not highlighted in any way, and the remainder of the statement is virtually identical to the previous version. This is nothing more than a contemptuous attempt to change the rules after the event, to justify the arbitrary exclusion of a member on personal grounds, in the hope that nobody notices. Does the BA Chair and Vice-Chairman’s obvious personal dislike for one particular member really merit compromising such important documents as the Local Plan - and the BA’s relationships with other Authorities?

I recall also that at the meeting of the full Authority, the proposal not to include “all local authority members” on the planning committee was defeated on the basis that any such decision should wait for the upcoming governance review. Why, then, is it ok to sneak such changes through the back door of the Local Plan consultation process?

How much longer must it be before Members stop acquiescing to these abuses of process & power, and become accountable for the Authority’s actions?

Latest Shenanigans at the Broads Authority 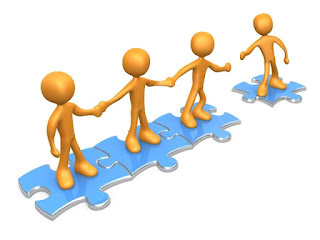 I attended last Friday's meeting of the BA as an observer and a member of the public. I will probably be attacked (again) under the Members' Code of Conduct for writing this, but I've taken the view that any person who is attending a meeting purely as an observer cannot possibly be bound by the code of conduct if they were not part of the decision making process.


Sadly, the meeting demonstrated - for me - the continued disintegration in the processes of governance of the Broads Authority. Divisions between Secretary of State appointees and elected councillors are becoming ever more apparent, and the pre-scripting of proposals, amendments and comments was embarrassingly apparent.

As it was a long agenda, the Chair proposed that standing orders should be followed and that members should only be allowed to speak once to any motion. Unfortunately, the application of this policy was sporadic, with some members far exceeding the 3 minutes speaking time permitted by the standing orders, whilst one member was stopped after only 45 seconds and not allowed to continue with further questions.

The matter which sparked the greatest debate was the item on committee appointments. The Chair had proposed a list of appointments to the planning committee, which included the representative of every single local authority with the exception of Broadland. This followed last year's removal from the planning committee of Cllr Lana Hempsall, for disagreeing with a planning officer. Members were promised a full explanation at the September meeting, which never happened, and she has not been found guilty of any breach of any code. Nevertheless, despite the fact that all district councils have always been represented on the planning committee, Broadland was specifically omitted again this time.

A well-argued proposal by Vic Thomson (South Norfolk) and seconded by Paul Rice (North Norfolk) that all local authority appointees should be present on the planning committee was strongly opposed by a vociferous group of Secretary of State appointees, who characterised it as a plot to exclude SoS members and to create two tiers of membership. To me, however, it looked more like an attempt to put right the wrong of arbitrarily excluding one member because she happened to stand up for stakeholders and the law. Surely the Chair should be harnessing diverse skills and contributions, rather than exacerbating divisions? Her action serves only to highlight the schism identified by member feedback, and which has resulted in a record number of member-on-member code of conduct complaints in the past 18 months.

Sarah Mukherjee, invited to speak in the debate for a second time (against the standing orders invoked earlier in the meeting), was then led by the Chair to propose an alternative motion, which effectively kicked the proposal into touch by making it part of the future review of governance. This alternative motion was approved.

In reply to a question, members were informed that no constitutional documents could be found which determined or informed membership of the planning committee. Well, I would like to refer members to the Authority's Duty to Cooperate Statement, which forms part of the Authority's Local Plan and is quite clear on the subject (para 2.2):


"Each of the 6 Districts and 2 County Councils have representation at the Planning Committee by virtue of one of their Broads Authority appointed Members."

The current situation is that Norfolk County Council have representation by virtue of both of their appointed Members, whilst Broadland have no representation at all, in clear breach of the Authority's own duty to cooperate.

What was particularly ironic was the comment from Sir Peter Dixon, Chairman of the planning committee, who was most critical of the fact that Vic Thomson's proposal came "out of the blue" and without warning. Could this be the same Sir Peter Dixon who, exactly a year ago, removed Cllr Hempsall's name from the list of appointees on the day of the annual meeting - out of the blue and without warning? And was it the same Sir Peter Dixon who, along with Jacquie Burgess, canvassed members in advance of the meeting - in breach of the code of conduct and standing orders - to oppose any proposal to reinstate Broadland District Council's appointee to the planning committee?

Sir Peter also expressed the view that Members are "here to serve the Broads Authority". I must tell you, Sir Peter, that you are wrong. Members are appointed solely and exclusively to serve the public interest, not the interests of the Broads Authority. This oft-repeated mantra - that members must defend the Authority, rather than the public interest - lies at the heart of the Authority's governance failure, in my view.

The Authority also approved changes to a number of other constitutional documents, including the Code of Conduct for Members of Planning Committee and the Member Development Protocol, along with a new Social Media policy. I can't help thinking that I may have been responsible for a number of these changes, which are focused on ensuring that Members act as ambassadors for the Authority and that "the positive reputation of the Authority is nurtured and protected". Of course, all organisations seek to protect their own reputation and I have no problem with that. However, I do take issue with the code of conduct being used to prevent legitimate debate and criticism, especially when that debate surrounds the abuse of process to obtain specific outcomes. Former Navigation Committee Chairman David Broad's thoughts on the subject are worth re-reading, for context and background.

Finally, I noted the new "Guidelines for Members Appointed by Local Authorities", written to help councils select the right type of person to sit on the Broads Authority. Make of that what you will!

Footnote: Although meetings are now being formally recorded "on a trial basis", the recordings are currently only available on request. According to the meeting papers, "Investigations for making recordings available on the website are being undertaken" - though it's hard to know what possible investigation is required into clicking the upload button!