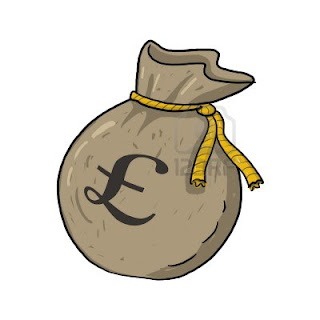 Once again in the interests of openness and keeping stakeholders informed, I offer my own account of the navigation committee's most recent meeting - which was chaired by Nicky Talbot, in the absence of Michael Whitaker who was unwell.

The agenda was certainly action-packed, primarily because this was the day when we were asked to consider the output of the Tolls Review Group, which had met 10 times during the year to consider changes to the tolls system with the aim of making it fairer and more transparent.

There's no doubt that a lot of effort went into this tolls review process and I think that most stakeholders would agree with the majority of its underlying objectives. However, as always, the devil is in the detail!

As is usual when important decisions are to be taken at the Broads Authority, we were presented with a lengthy report (41 pages), which required considerable resolve to plough through in advance of the meeting. In my opinion, the report was rather too long and overloaded with detail which wasn't relevant to the tolls re-structure.

The first proposal was to agree a new set of guiding principles:

The guiding principles said that the tolls should generate enough income to maintain and improve the navigation, and should be flexible, fair, simple and efficient. Who could disagree? Nobody did.

It was confirmed, in response to a member question, that 'commercial' referred to all boats used for financial reward (not just hire boats) but that ferries would continue to benefit from a lower toll, as is currently the case.

Members then got stuck into the principle of a simple charging structure. There was a great deal of statistical data from the Insight Track stakeholder survey, but I couldn't see how it had any bearing on the proposal, which was to remove the fixed rate and only charge a variable rate per sq.m. Discussion points included:
A proposal to ask the TRG to re-consider the tolls for private craft was lost, and the committee went on to accept recommendation 2 of the TRG in its entirety.

Already we'd been over an hour on this subject, so it was time to move on to the next recommendation, for a flexible charging structure which scrapped the hire boat multiplier (and various discount arrangements) in favour of a system of independent costs per sq.m for different classes of vessel. The idea was that the fixed link between private and hire boat tolls made it very difficult to make desirable changes in the tolls for one fleet without having unintended consequences for the other. There was concern about the continuing decline in hire fleet numbers, and an acceptance that the multiplier was never about 'use' but about the hire industry paying higher tolls in exchange for the provision of additional visitor moorings - many years ago. There was particular concern about the sensitivity of the Authority's finances to a continued decline in hire boat numbers, bearing in mind the contribution of each hire boat. The BHBF has indicated that there will be a further reduction of about 20 boats next year, and the committee were told that one operator intended to mothball some of its fleet for part of the season, making them available for just 10 weeks of the year. There was unanimous support for the recommendation to introduce this flexible charging structure.

After a well-earned break, we turned to the subsidiary matters, which included charges for wherries (a low flat rate was proposed, which seemed non-controversial for these 'iconic' vessels), early payment discounts for hire boat operators (withdrawn as no longer justified) and continued encouragement for electric propulsion. In respect of the latter, the recommendation included a proposal that diesel/electric hybrids and boats with a diesel generator to charge batteries should pay the same toll as any other conventionally-powered motor cruiser.

It was suggested that an electric boat with a backup generator - which could cruise for a day on pure electric power and only required the generator to recharge batteries when a shore based hookup-up was not available - should be considered to be an electric boat for tolls purposes. This amendment was agreed.

The trial of paperless toll plaques is to continue for another year - it seems to be a success so far, and there is no evidence that non-compliance has increased, but the Authority wants to continue the trial for a further year to be certain that there will be no issues.

The next thing was tolls in adjacent waters, and the proposal was that tolls for vessels moored in adjacent waters should continue to be the same as for boats in the navigation area. The idea is that if you're moored in a private marina, you have access to the navigation and so you should pay the appropriate toll. Which is non-controversial, unless your boat is a static vessel incapable of using the navigation - such as a houseboat. I'm afraid that I had a bit of a set to with the Chief Executive on this subject, because I believe that the Authority is on another one of its persecution missions where it sticks to its guns regardless of common sense or cost.

The Authority is currently pursuing a prosecution over a £550 toll on a houseboat, which has cost some extraordinary sum in the tens of thousands so far. Judges have found variously in favour and against the Authority, with a common theme that the charge seems unfair based on the fact that the owner cannot use the navigation. It's now set for the High Court, and who knows how much that will cost. I asked (for the umpteenth time) that the navigation committee should be permitted to discuss setting a different level of toll for a static vessel moored in adjacent waters, and the Chief Executive simply would not permit it. He felt that it would be 'wise' for the Authority not to change its position and to continue the battle through the Courts to the bitter end - regardless of the cost. I feel that the current charge is unreasonable and morally indefensible, and I said so. I simply do not understand why we can't even debate this and must continue to waste tollpayers' money instead of considering the possibility that we might be wrong. It was finally agreed that this would be discussed at 'some point' - but not until after the Authority had spent thousands more in Court.

After that bit of controversy, we were asked to consider Mutford Lock. The costs of operating Mutford Lock have been rising, and the use has been declining - so the proposal was that the cost of a passage should rise from £13 to £30 (£45 return). It was unclear to me - and to most other members - how this could do anything other than reduce the number of vessels using the lock still further, until we reached a point where the lock would be closed though lack of use.

Mutford Lock is the southern gateway to the Broads, but the cost of entry is typically around £100 by the time you add the short visit toll to the lock passage fee. Putting that up by another £20 or more would do nothing to achieve the goal of encouraging more visitors through the lock on to the southern Broads - which by coincidence had been featured in the EDP on the day of the meeting :-)

Fortunately, common sense prevailed on this one and we reached agreement that, whilst our aspiration would be for revenue to cover operational costs if possible, it would be better to do this by increasing usage rather than doubling the cost. The clear message from the committee was that Mutford Lock is an important asset, it is a gateway to the southern broads and that the Authority might have to continue to subsidise it for the wider benefit.

Finally, we agreed that the structure for short visit tolls should remain the same, but that this would probably result in a small reduction in tolls income because most short visit tolls were for small vessels.

In closing the debate and thanking the tolls review group for their work, one member pointed out that most stakeholders seem to be concerned with value for money - and that it was difficult to justify rising tolls whilst visitor moorings are being lost. It was agreed that there should be a renewed focus on this issue.

So, having spent 2.5 hours on tolls, it was time to whistle through the remainder of the agenda at breakneck speed before tea time.

Next up was the preferred options for the Broads Local Plan. This is the Local Plan required to be prepared to support the Broads Authority's role as a planning authority, which is currently going through a consultation period. It's an extensive document (over 200 pages) and covers a huge amount of ground. There wasn't time to do the report justice in the meeting, but I would urge all stakeholders to read the full document and feed their thoughts back into the process, because it will dictate how planning policy is formulated over the coming years.

There was then the chance to have a look at the detail of BESL's proposals for pile removal and erosion protection at Upton Dyke. The planning application had already been approved, but this was an opportunity to consider the methodology - which included driving the existing piles into the river bed to a sufficient depth that they would not be a hazard to navigation. It was confirmed that no existing moorings would be lost as a result of this project. One issue of concern was the use of coir matting to hold the newly graded bank together, which has proved a hazard to navigation in the past if knocked and can get caught in propellers. Members were particularly concerned that BESL's responsibility for the flood alleviation project will end in 5 years time, and there is no clear indication as to who will take on responsibility for the maintenance and monitoring of the flood protection works after that time.

In closing, it's important to remember that the Navigation Committee is a consultative body and all its decisions are merely recommendations to the full Authority. The Broads Authority can make whatever decisions it wishes, but would not usually go against the advice of the navigation committee without good reason. It will be interesting to listen to the debate on Friday!
Posted by Unknown at 09:58