Navigation committee representation to be diluted 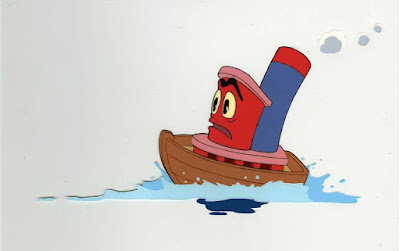 The Broads Authority will this week be invited to agree changes to the way that members are appointed to the Navigation Committee, to ensure that commercial interests are no longer entitled to a voice.

The Chief Executive's proposals attempt to formalise last year's re-interpretation of the Broads Act, when the requirement to consult organisations representing commercial interests on the Broads - which is written into the Broads Act - was effectively deleted.

It seems to me that Parliament was very clear in its wishes when it drafted the composition of the Navigation Committee in the 1988 Act:


(a) two shall be appointed after consultation with such bodies appearing to the Authority to represent the owners of pleasure craft available for hire or reward as it considers appropriate;

(b) one shall be appointed after consultation with such bodies appearing to it to represent nationally the owners of private pleasure craft as it considers appropriate;

(c) one shall be appointed after consultation with such bodies appearing to it to represent the owners of private pleasure craft which use any part of the Broads as it considers appropriate;

(d) two shall be appointed after consultation with such bodies appearing to it to represent persons who are likely to be required to pay ship, passenger or goods dues imposed by it as it considers appropriate;

(e) one shall be appointed after consultation with such bodies appearing to it to represent other users of the navigation area as it considers appropriate; and

(f) one shall be appointed after consultation with the Great Yarmouth Port Authority.

The contentious one is (d). The Chief Executive says that this wording can be interpreted to mean 'any toll payer' and provides an extensive legal argument to defend this view. In fact, last year's report ran to 17 pages of spirited defence against strong objections from several prominent commercial organisations including the British Marine Federation, the Broads Hire Boat Federation and Hoseasons.

There's no doubt that it's possible to construct an argument that the wording of the Act could be interpreted to mean 'any toll payer', if you try hard enough. But my question is a simple one. Why would you? The clear intention of the Act was to ensure fair representation for private, hire, commercial and 'other' boat owners. What else could it possibly mean? If the intention of category (d) was to appoint any toll payers - then surely Parliament would simply have said so?

In any event, the members appointed under this category have, to the best of my knowledge, always been representative of commercial boating interests of one kind or another - so why the huge effort to change this now?

In February 2015, navigation committee members were invited to comment on the proposed appointment of 4 new members, all of whom were seated in the room as observers. Despite the undoubted qualities of the new members, this presented a preposterous and embarrassing situation for all concerned, and rendered any debate of the process utterly impossible without the risk of insulting the proposed new members. As a result, there are no navigation committee members appointed after consultation with bodies representing commercial interests (other than hire boats) and BA members are being invited to formalise this on Friday for posterity.

The immediate past Chairman of the navigation committee, David Broad, has already written to members to express his concerns in the strongest possible terms. He reminds them that the composition of the navigation committee has to be in accordance with the BA's legally binding agreement with the RYA and the BMF, and says that statements in the report to members are "misleading and factually incorrect".

Let us hope that our Members will resist this latest attempt to re-interpret legislation and will ensure that the interests of all stakeholders will be properly represented in the future.
Posted by Unknown at 21:54